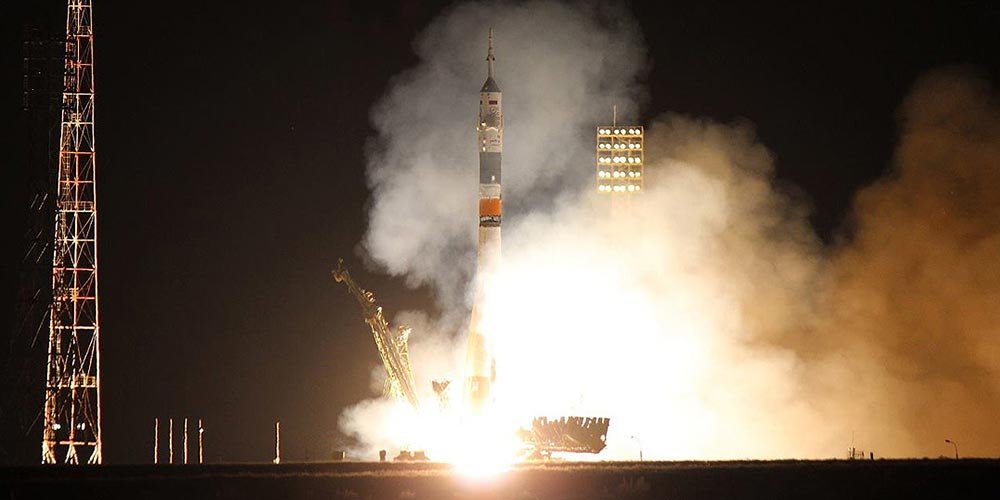 I have been home for just a few hours.

The trip was wonderful. With Star City, I did get to see things I had not before.

The air force museum was amazing! And, of course, Baikonur and the on-time spectacular night launch was terrific.

It was a little confusing about finding out our distance. As I was about to go on air with ABC radio in Australia, one of our group, I was told by an ESA official that we were just 900 m from the pad. Another rescue person said about 1 km. And the NASA fellows the next days were confused - one put us nearly a few kilometres and another at over two.

But Ksenia said about 1.8 km. I've to find the viewing structure on satellite images!

On Friday, I met up again with Konstantin Tsiolkovsky's great-grandson Sergey Samburov, and we toured the Cosmonautics Museum and then went together to Korolev's home and were shown around by the Director - ropes took away, so I could look more closely in the rooms and take photos.

When I went in 2008, I couldn't take photos. By the way, as a child, Sergey remembers well Korolev, Gagarin and the other early cosmonauts coming to their home on various occasions.

I will do an online photo album when I find some time and forward your details.

Thank you again for all your assistance. It was a pleasure!