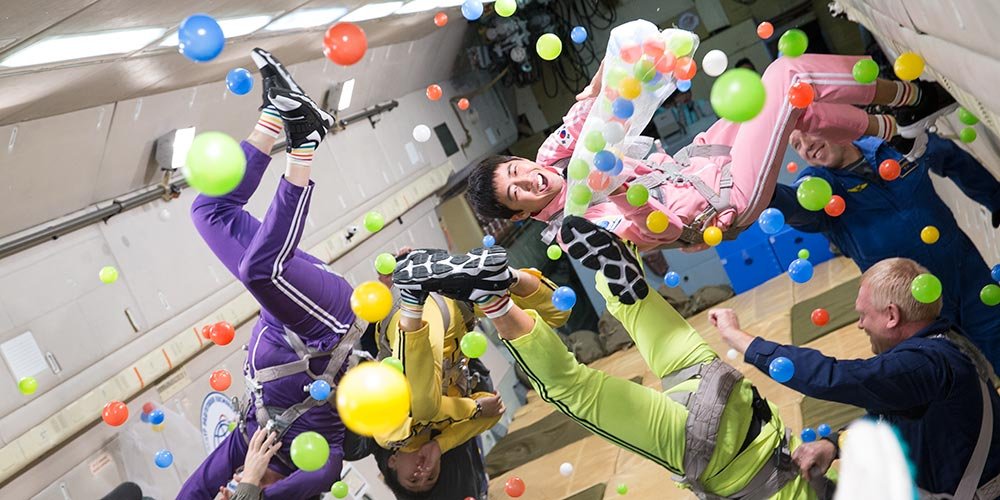 it was a long way to now, but finally, we made it!

We want to thank you for your patience and understanding what you and your team shown for an extended period to help us for doing one of the most challenging episodes of our longyear running TV series "Extreme Challenge"!

Even it was sometimes harsh to understand the ways as such production in Russia works in regards of an astronaut experience, you and your team were restless to explain us any detail over and over again until we find a way to understand that all. We do understand, that you do not have to deal any day with a crazy (but at the same time very high quality) production from Korea. Your teams understood for TV production and all of the technical aspects and demands helping us to find the right way.

I want to thank you and all of your team for doing that all, even in a real hard timing schedule at the location! You understood our demands correctly, and we felt very well. Our stars were brought to the edge of their existence, what still is good! That all is to see in all of the footages what I saw so far, and I was in part very speechless, even I am by self for long years in that business and saw a lot.

The Korean superstars of the "Infinite Challenge", Star City

The broadcast will be done on Korean MBC now shortly, and we will split it into two episodes because of the massive amount of material and actions we did. The zero-g flight was very challenging, also for our camera-teams and all of the attendants.

Thanks for helping us with all of that, so that the actions you made with our stars shown the happy moments, also the moments when they were short on the edge of their existence. Thank you also very much for the arrangement in the cosmonauts' centre with the centrifuge ride, the closer look into the space ship Soyuz and the final sequence at the space station MIR with the Russian cosmonaut, that was all an excellent experience. You can count on that, if we ever have in the future a crazy idea in which we have to go to space, we will be back!

We were amazed when we met the MBC team for the first time! Although we had previously created the participant lists for access to the GCTC and the airfield, we met a production crew of 45 members!

Also, for the first time in our history, we had to change airfields, as the home base of the GCTC Ilyushin's Chkalovsky was not accessible to civilians at that time. So we diverted the parabola flight to Zuchowsky airport just one week before shooting started and the IL-76MDK flew from there for the first time, which was a premiere for us!