The World from other Perspectives | Space Affairs

The World from other Perspectives

My Parabolic Flight onboard Ilyushin 76MDK

The World from other Perspectives

My Parabolic Flight onboard Ilyushin 76MDK 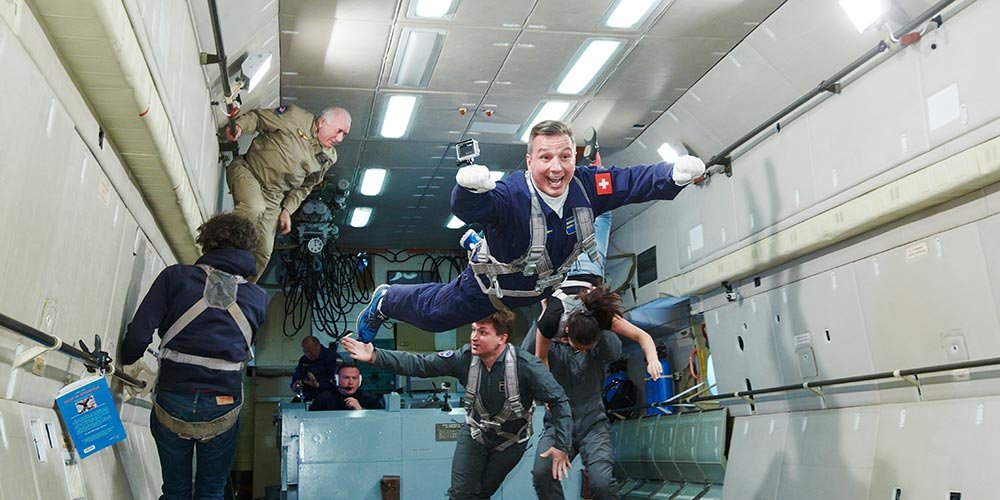 My name is Boris Otter. I’m 47 years old and live in Switzerland. As an aeronautics and space fan, I passed several pilot licenses (Airline Transport Pilot License ATPL"A" frozen, Helicopter, Seaplane, and Gyrocopter) and had the privilege to fly on board the Sukhoï-27 and the L-39 in 1994 from Moscow Zhukovsky Airbase.

However, I had a dream! To become a cosmonaut! Simply like this! But of course, only a few exceptional persons can reach this level. From my point of view, I could have the possibility to fly weightlessness (Zero-G) onboard aircraft I was flying, as an aerobatic pilot.

But one day, I discovered that it was possible to fly Zero-G from Moscow, on board the Ilyushin-76 MDK, giving you ten times 25-28 seconds of pure weightlessness conditions, the cosmonaut dream!

I discovered Space-Affairs and Andreas Bergweiler, a passionate man, full of space knowledge and having more than 15 years of experience in the business of Zero-G Flight.
So, I gave him my trust and decided to go on with him for my first Zero-G experience from Russia, completed by a VIP cosmonaut training tour, including Star City visit, Monino Russian military aircraft museum and the Cosmonautics Museum in Moscow.

Boris get his Zero-G certificate from cosmonaut Yuri Onufrijenko

My dream became true in April 2016! I flew on board the exceptional Ilyushin-76 MDK, with a GoPro camera on my right hand, giving some incredible and amazing souvenirs of this (usually) once in a lifetime experience, which I will never regret.

I would only regret the decision of NOT doing it, either because of the costs, or because of medical reasons, but as far as I could afford it and I was medically fit enough to be accepted on board, nothing was stopping me from making my cosmonaut dream come true.

I think that too many words will not share the experience, so let me attach a few photos to my customer experience and two video links which will resume correctly the Zero-G experience I could live my dreams, thanks to Space-Affairs!

To finalise, I will say that if I did it, it’s because life is not measured by the breaths we take, but by the moments that take our breath away…